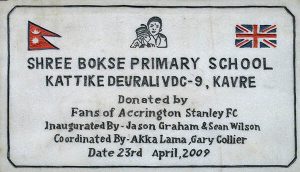 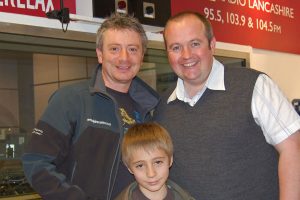 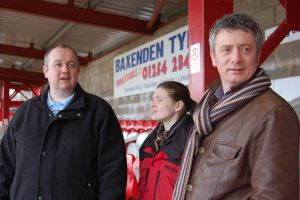 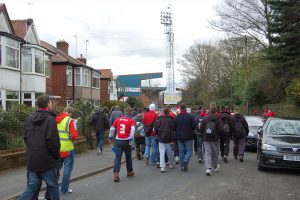 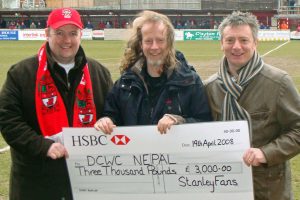 Seti Bokse Primary School in Kattike Deurali was our ninth DCWC Nepal school build and was the brainchild of BBC Radio Lancashire presenter Steve Lowe. Steve is a big Accrington Stanley fan and he got together a group of supporters to raise funds for a school by doing a sponsored walk. It started with a radio interview in the summer of 2007 when Gary and Sean were supposed to be on the Ted Robins show but Ted couldn’t make it in so Steve stepped in. 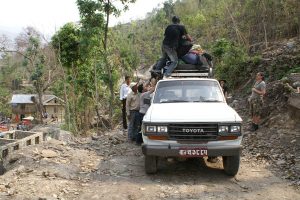 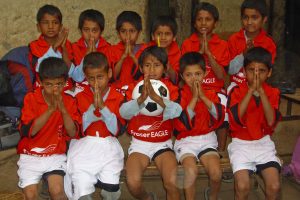 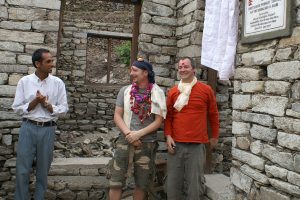 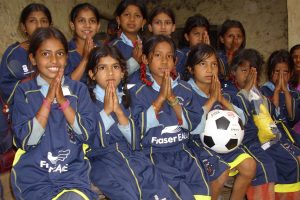 After listening to our exploits on the 2007 trek and the opening of Bimphedi school Steve was hooked on the idea of his Accrington Stanley buddies raising funds to do the same thing. The idea was hatched to do a sponsored walk doing 16 miles from Accrington Stanleys Crown ground to Rochdales Spotland for the away fixture in March 2008. Gary, Jason and Patrick from DCWC joined 60 Accy Stanley Ultras and the charity walk was a great success. The cheque was handed over on the pitch at the Crown ground for a home game with Barnet. 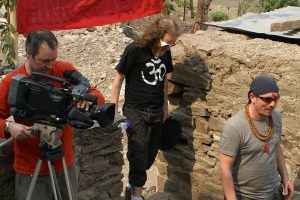 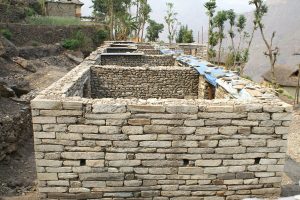 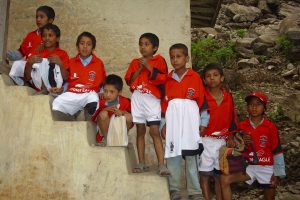 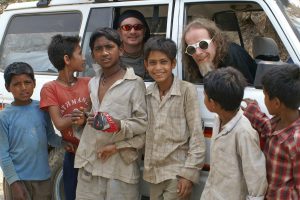 The funds were raised and the school project was under way. In April of 2009 Gary, Jason and Sean Wilson went to Nepal to open the school. Set in a beautiful area of Kavre close to the Chourikhola river and the Sun Koshi river the school was opened on April 20th 2009. Steve had very kindly arranged for Accrington Stanley to donate a set of home kits and a set of away kits for the children. We chose to give the red home kits to the boys and the blue away kits to the girls. The 12 boys and the 12 girls with the best school marks were the children that received the kits. 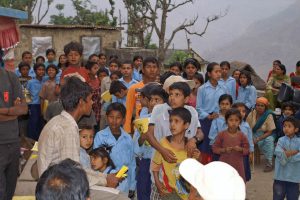 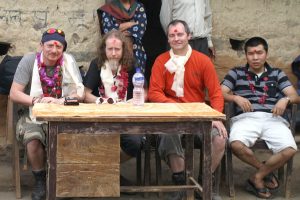 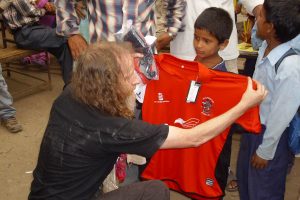 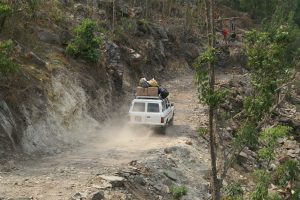 Thanks to all who made this possible. As always Akka Lama for everything and Guna Lama the engineer and logistics man. Thanks to Sean Wilson for coming out to open the school and to Jason Graham for filming the event. And a very special thanks to Steve Lowe and the Accrington Stanley Utras for donating the school funds.