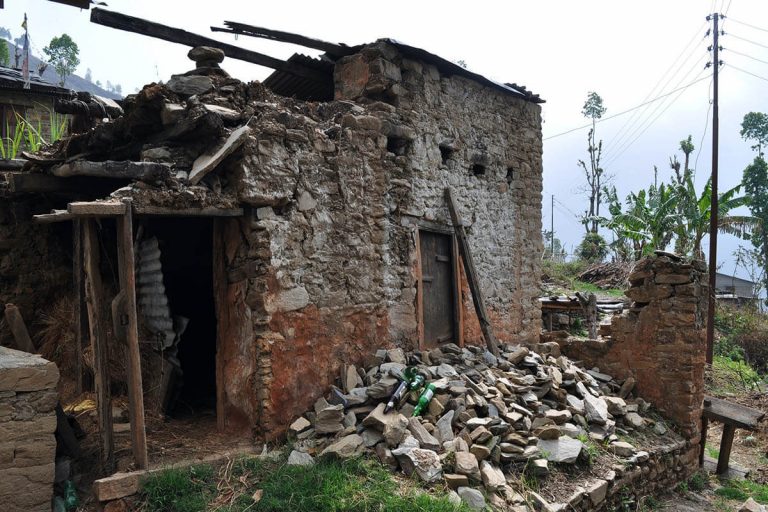 On April 25th, 2015, the people of Nepal awoke to what appeared to be a normal ordinary day. But shortly before noon that day, a deadly 7.8 magnitude earthquake struck which would change the lives of many for ever. Over 9000 people lost their lives and the infrastructure of the country was shattered. Buildings, monasteries, temples and many, many homes were demolished or damaged beyond repair. Many of our projects are in the Kavre region of Nepal out to the east of the Kathmandu valley. The damage that day in Kavre wasn’t as bad as it had been at the epicentre in the Gorkha region out west, and in the Kathmandu valley. But that was about to change and a short time after a second and third earthquake struck and this time the epicentre was out east in close proximaty to the Kavre region. The second wave of earthquakes wasn’t as deadly as the first had been but it was just as destructive to the homes and buildings out to the east of Kathmandu.

The good news for us was that the two storey hospital we had built remained standing though the first floor would need to be totally reconstructed. It was the houses that had suffered. On close inspection many of the buildings looked fine but on closer inspection the damage was overwhelming. There was barely home left that would survive having to be demolished. It was such a shame in many ways as some of these building were very old, traditional buildings that looked so pretty against the backdrop of rural Nepal. Our first aim was to provide temporary shelter and as soon as funds were raised the villagers were provided with a half stone/half bamboo structure that would keep them protected from the elements until we could start to fund a rebuild program. Once we had secured some funding we then started to look into the best way to start to rebuild. The Nepalese government issued strict guidelines for how houses should be rebuilt. 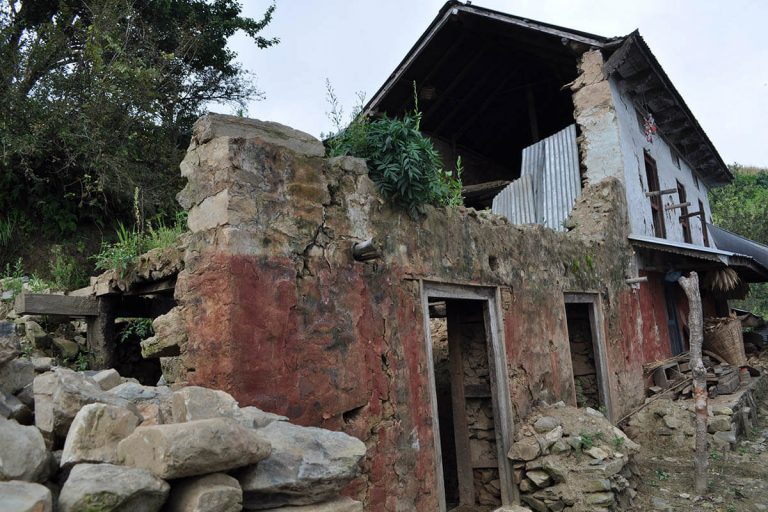 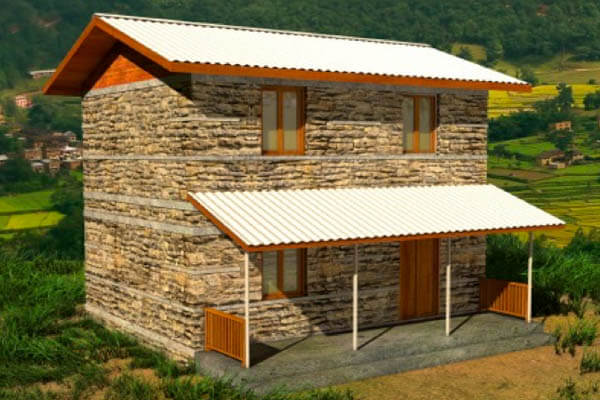 The new guidelines provided outlined specific areas in which the new homes should be built. One of the problems that was most apparent after the earthquake was the amount of gable ends that had failed. The new design of house build would have no gable end as you can see in the digitalised photo. Also many of the home were still standing but the four corners had failed. The new design introduced a frame built in every few bricks high. This would mean that in the event of a future earthquake the house would shake but the infrastructure would be held in place. The government provided a grant for each family to help them rebuild but it was still way short of the amounts needed to build the homes. Each home was costing roughly the equivalent of £8000 and the government were providing around half of that. So we are looking at filling a funding gap of around £4000 ourselves. In Nagre Gagarche alone there are still thousands waiting for a home.

So once we secured enough funding to start phase one we got to work on rebuilding some of the worst hit homes. The prices for a home mentioned above do not include labour. That is expected to be provided by the families themselves and by the community. Each family helping the other with their house builds. We also organised a group of volunteers from here in the UK who very kindly donated a great deal of their time to help get the house builds under way. In an eight day period the group were able to help with digging the footings for several houses. A task made all the harder by the amount of boulders that stood in their way. With little in the way of tools the group also provided spades, shovels and pick axes. This is a project that will take decades to complete. The scale of the work needed is immense. Any donations made to us at Love Nepal for the House Rebuilding Program will go directly to those who so desperately need a home again. 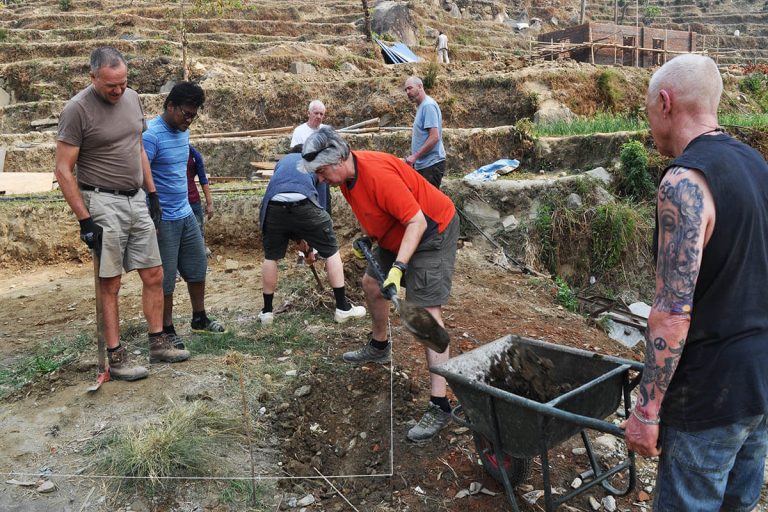 If you would like to donate to Love Nepal, to help any of our worthwhile projects, you can do so at our Virgin Money Giving Page. Just click on the button below.

Alternatively you can pay by bank transfer or by Cheque. For full details please contact us at  –